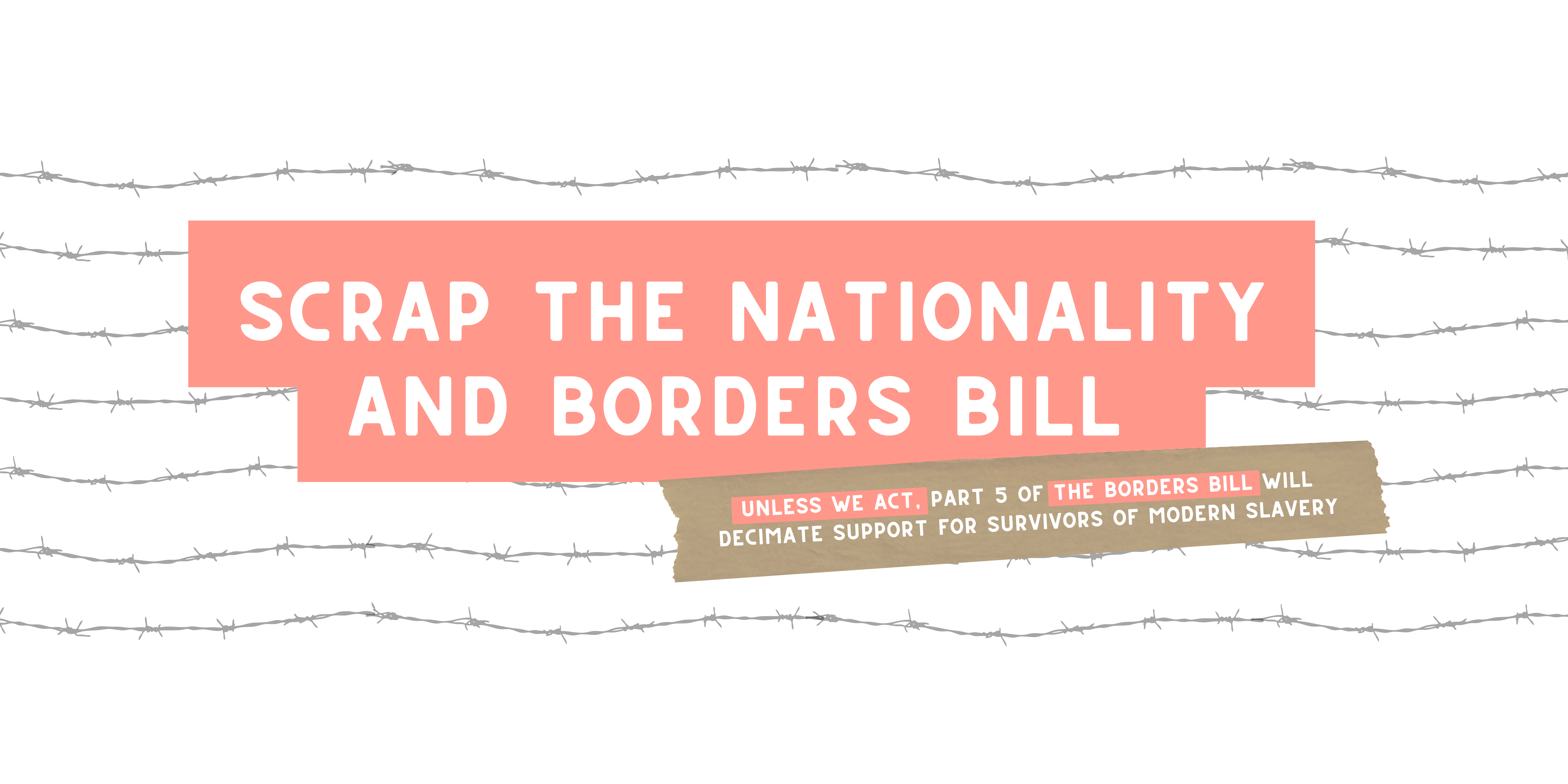 [x] Read our briefing on Part 5
[x] Write to your MP for survivors of modern slavery
[x] Call for participants: Experts by experience workshop

Currently, survivors of slavery in the UK face a ‘lottery’ of support, often struggling to access safe housing[i], counselling, or even basic financial subsistence consistently, despite having a legal right to access such help[ii].

During recovery, severely exploited people are at increased risk of suicide attempts, long-term and severe depression, anxiety and Post-Traumatic Stress Disorder (PTSD)[iii], health complications as a result of sexually transmitted infections[iv], and dependency or withdrawal where traffickers use alcohol and drugs as tools of coercion[v]. Delays in support can significantly hamper survivors’ ability to begin recovery.

This is why we are so concerned that support will be even harder
for survivors to access under the Nationality and Borders Bill.

Under Part 5 of the Borders Bill, many survivors will see their support cut due to the creation of cold-hearted ‘trauma deadlines’, which will remove support for survivors who do not share details of their abuse quickly enough (clauses 57 and 58).

The Bill also includes concerning clauses which would see survivors subjected to greater risk of rejection earlier in their recovery journey (clause 59) and blocked from accessing help if they have a conviction of 12 months (clause 62). The latter move has been tabled despite the Home Office’s own data showing that a majority of reported survivors have been forced to commit criminal activity as a result of their exploitation[vi]. For this reason, the so-called ‘public order exemption’ for survivors with convictions is a draconian and cruel step backwards which will rob support from many of the most vulnerable.

The only potentially positive clause in the Part 5 of the Bill, provision for some legal aid in specific cases (clauses 65-66), can be brought about through other means and does very little to mitigate the damage caused by the Borders Bill as a whole.

.@BorisJohnson – Part 5 of the Nationality and Borders Bill will decimate support for trafficking survivors. Please do not rob victims of support. #ScrapThePlan, before untold harm is done.

We have identified key clauses in Part 5 of the Nationality and Borders Bill, which pose the greatest risk to survivors:

Survivors are frequently psychologically, physically or sexually abused by traffickers as a means of maintaining control[vii]. For this reason, the traumatic nature of both exploitation and ill-treatment at the hand of exploiters can result in severely delayed disclosure by victims. Now, under so-called ‘Trafficking Information Notices’, even survivors recognised as potentially ‘genuine’ by the Home Office will see basic support provisions revoked if they do not disclose details of their abuse ‘quickly enough’.

Referral into the ‘National Referral Mechanism’ (NRM) is the UK’s gateway to support for people who have experienced trafficking or slavery. However, there are significant shortcomings in the referral process. Many survivors are suspicious of authorities due to fear of deportation, past experiences where an authority has failed them, or anxiety around organized criminal networks retaliating against themselves or loved ones. Last year, as many as 2,178 suspected trafficking victims were identified by UK authorities but never referred on for support[viii].

Now, under clause 59, the first decision-making stage in the NRM will be made even ‘tougher’ earlier in the process. This first stage is where urgent help is allocated, such as safe housing. Changes to restrict the number of survivors who can access this first-stage support will put many at even greater risk of deportation, destitution, or even re-trafficking.

Under clause 62, survivors of criminal exploitation will likely miss out on support. A new ‘public order’ exemption will ban survivors from support if they have a conviction of 12 months or more. Many non-violent crimes carry 12 month convictions, including activity routinely enforced by traffickers (such as marijuana cultivation or petty theft). In a majority of cases, traffickers force their victims to undertake criminal activity as part of their exploitation, putting 52% of survivors at risk of ‘support bans’ under Clause 62.

We are concerned that Clause 62 will create a two-tier system of ‘deserving’ and ‘undeserving’ survivors, potentially classing thousands out of support.

Wider changes in the Bill

The spirit with which the wider Bill has been introduced is also counter to the Government’s stated aim of identifying trafficking. Moves to allow for off-shore and ‘out-of-town’ processing of asylum claims, the criminalisation of people fleeing danger, and the creation of a two-tier asylum process will make it even harder for practitioners to win the trust of survivors whose cases may first come to light within the immigration system. 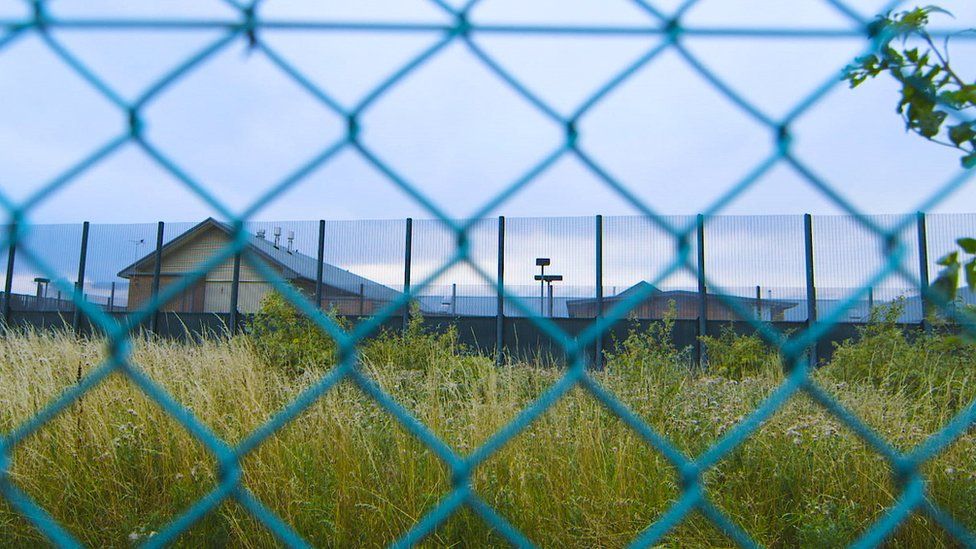 times, MPs have been denied slavery data we were later able to prove was held

We are looking for a range of volunteers for roles managing tasks such as administration, community outreach, media relations, research, and more.

Email us to express interest.

Join our mailing list to find out about campaigns as they develop. You can email us if you’d like training on raising these issues with local media, MPs, and the wider community.

Processing…
Success! You're on the list.
Whoops! There was an error and we couldn't process your subscription. Please reload the page and try again.