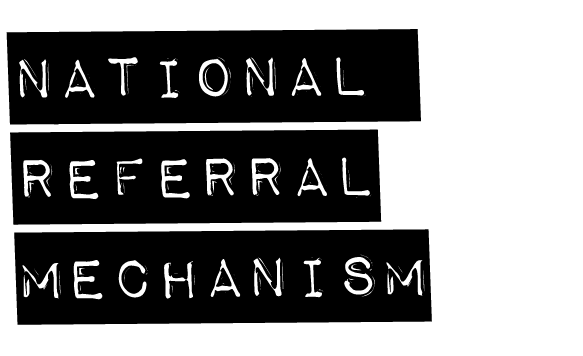 Our research illustrates a referral ‘lottery’ facing survivors, regardless of nationality.

New data obtained by After Exploitation reveals that 1 in 5 (19%) potential slavery victims identified by UK authorities are not referred into the framework designed to provide them with legal assistance, counselling and safe housing.

The data reveals discrepancies amongst First Responder agencies, with some holding much lower rates of referral than others. In cases where an individual is recognised by front-line professionals as having trafficking indicators, but the potential survivor does not consent to receive NRM support, First Responders return a ‘Modern Slavery 1’ (MS1) form to the Home Office.

The Gangmasters and Labour Abuse Authority, registered 8 in 10 (81%) potential victims are as anonymous ‘MS1’ forms rather than NRM referrals. Meanwhile, only half of potential victims (45%) identified by UK Border Force staff are not referred to the NRM. Meanwhile, 1 in 4 potential trafficking victims are identified by police (27%) and UK Visas and Immigration (28%) without being referred to the NRM.

Being designated a First Responder does not necessarily correspond with either specific training or funding for the role. In spite of the Government’s 2017 promise to that pre-NRM ‘Places of Safety’ would be introduced, there is currently no funding allocated for pre-NRM support at the point of referral.

Only potential victims over the age of 18 have to consent before being entered into the NRM, so the percentage ofadult potential slavery survivors who have not been referred is likely much higher. The National Referral Mechanism (NRM) is the only framework through which human trafficking victims can access safe housing, counselling, legal advice and some modest financial assistance. Experts commenting on the data emphasise that this support can be the difference between a life-changing intervention or slipping through the net.

*Although the NHS (n=4), DWP (n=1), and ‘other’ unlisted agencies (n=1) logged 100% of cases as duties to notify or MS1 forms, their overall rate of identification may be statistically insignificant due to low case volume.
** Some authorities have a statutory duty to notify, such as the police, Home Office and local authorities, whereas others provide MS1 notifications on a voluntary basis such as the NHS and NGOs